Using a gridiron architecture and hard hitting macro photography as our starting point, we built our chosen concept around the yard lines of a football field.

With some of our top designers on the case, we came up with multiple looks and unique directions. From the beginning, we kept the utility of the package in mind, knowing that a flexible graphic structure would ultimately allow the client to easily transfer players in and out with our AE toolkits. 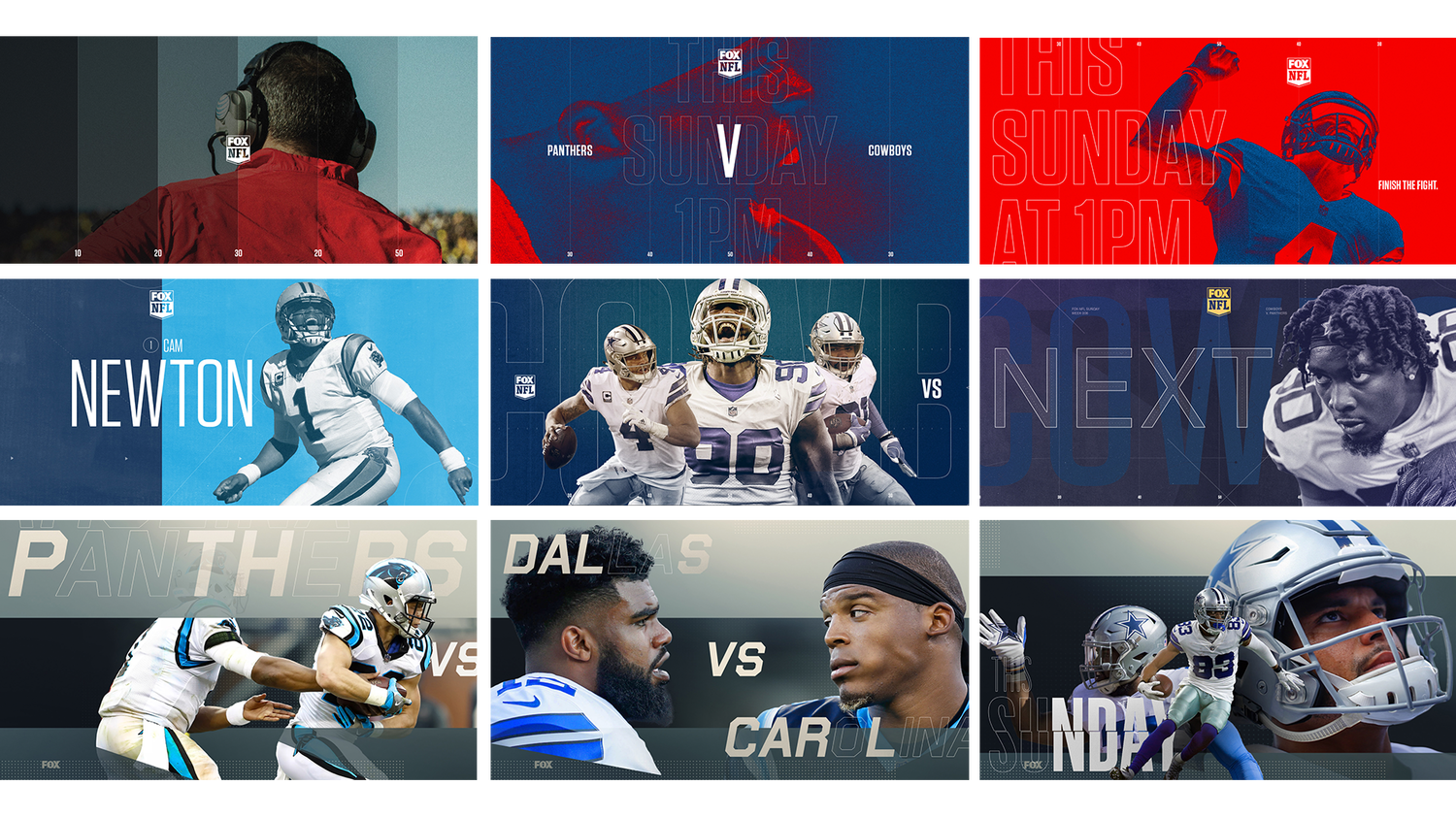 After creative back-and-forth with the network, we landed on one of our favorite styles and moved into production. Using a gridiron architecture and hard hitting macro photography as our starting point, we built our chosen concept around the yard lines of a football field, using them to transition in and out of footage to create fluid movement between key players and graphics alike.

By creating four versions of the endpage: two player single game, two player multi game, one player multi game, one player single game, we allowed FOX the capability to make key adjustments as needed from week to week. We followed a similar system with the lower thirds as well, linking the animations to our gridiron architecture, and versioning out seamlessly integrated lower thirds for each NFL team. In the end, we were able to toolkit and deliver the open, star player & match-up graphics, transitions, endpages, title cards, and in game graphics.

It was a hell of a good time to work on this spot with the team at FOX. Thanks for being great partners.

To welcome the NCAA March Madness tournament back for the 2021 season, our clients at Turner Sports came to us looking for an energetic way to showcase the March Madness app in a fully graphic expression. In the spot we designed, we departed from the celeb highlights in favor of celebrating fan enthusiasm and connection using entirely 3D animations.

There's nothing like fight night. After months of anticipation, Errol Spence Jr. and Danny Garcia's pay-per-view event delivered on the hype. It was awesome to work on this promo for the major boxing match with our partners at Fox Sports.

College football is back! For this Big Noon promo package, we were able to gear up with FOX Sports to build a brand around their Saturday afternoon football games.