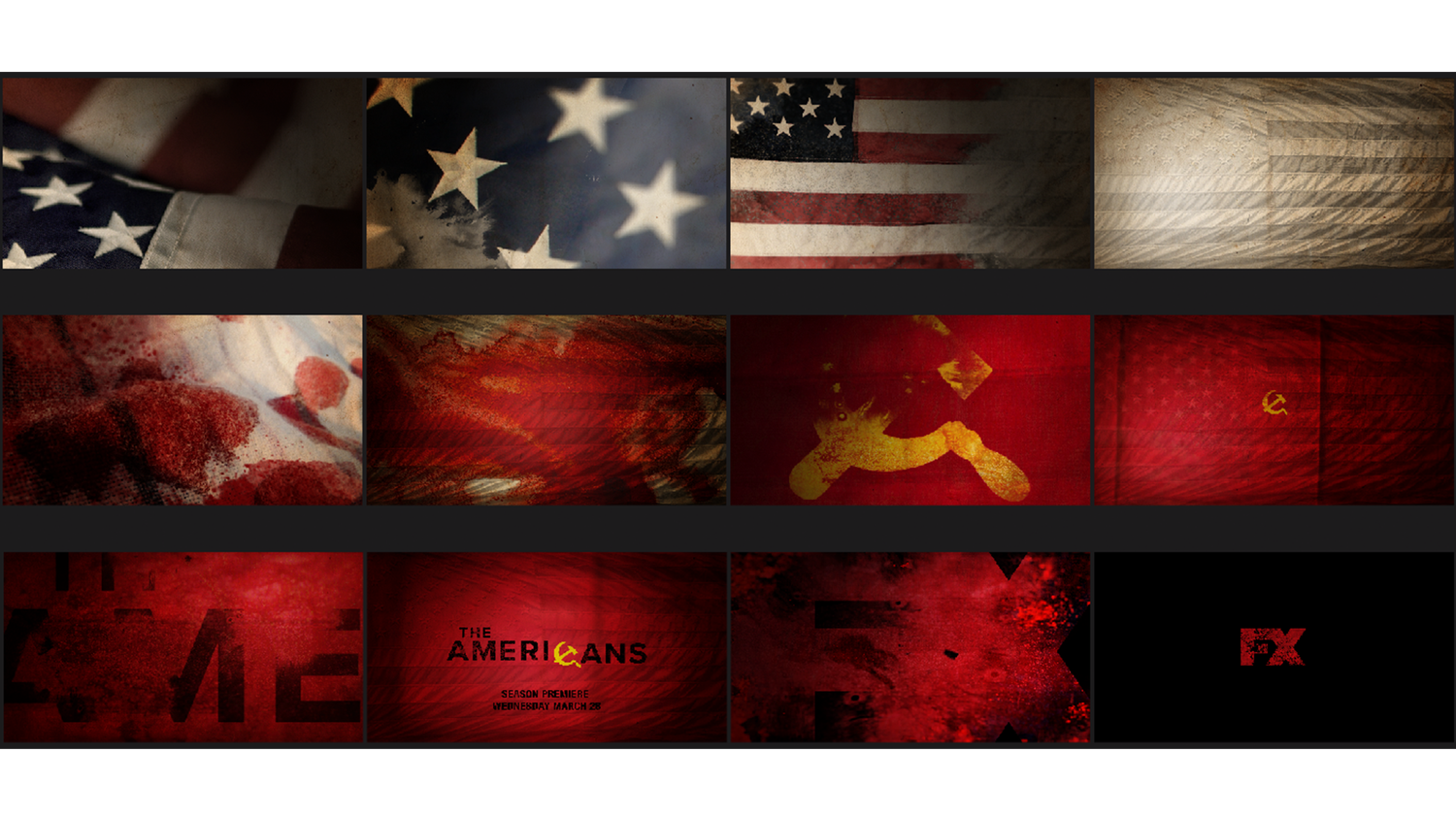 After creative back-and-forth, the idea of the American flag being taken over by the Soviet flag not only peaked our interest, but evolved into a unique production. The simplicity of the two flags gave us a chance to tell the story in multiple layers, where we could touch on the duality of Elizabeth and Philip, as well as the Soviet Union and America.

The fun and challenging side of production was coming up with a way to create this transformation with a new and exciting approach. We were dedicated to the idea of capturing as much as possible in camera.

In a great team effort, FX undertook the shooting of the flag and BigStar shot custom ink mattes with one of our favorite elemental directors, Susi Sie, who captured the microscopic effect of the fabric bleeding out and transitioning. Combining these live-action elements with CG created here at BigStar developed a seamless end product that would best represent the concept as a whole.

Both on a technical and narrative level, the promo was one of our favorites to date. Thanks again to the fantastic team at FX--we’d do it all again.

More dragons, please! We are proud to continue our work with HBO on Game of Thrones with the making of season 7’s teaser by creating something fresh, dramatic, and attention-grabbing without using new footage.

Dancing with the Stars

For the 29th season of Dancing with the Stars, ABC came looking for us to set a stage for the presentation of their fierce new host and dancers this season in a sparkling promo package.

For Vikings return on History Channel, we were given the opportunity to develop a high octane trailer that would make its big reveal at the 2018 Comic Con.