To kick off the project, we brought in a reference deck that covered a pretty wide range of thinking. We presented several different aesthetic approaches that were interesting to us -- cinematic vignettes, moody 3D, and iconic poster inspiration. The Shudder team gravitated toward the graphic approach which was great for us because it enabled us the most creative flexibility and the ability to turn the project around on a tight deadline.

The biggest challenge we faced on this project was one that was apparent from the start-- we didn’t have licensing rights for the six iconic horror characters the open was set to feature. Luckily, our team enjoys this kind of challenge and found this is where our print inspiration came in massively helpful.

Creative Director John Leamy said, “For each monster, I tried to create a silhouette that would be instantly recognizable to the viewer and distilled the vibe of each figure down to a shape augmented by a few small details that served to remove any doubt without truly showing anything that would cross the line liability-wise. Because they are such iconic characters, it wasn’t hard. Super fun.”

Once the characters had been illustrated, the next step was to create a smaller internal world or scene within each silhouette to contain a full body version to serve as the starting point during a camera pullout, finishing to reveal the full silhouette. If the initial reference isn’t clear, we hope it becomes clear two seconds later!

From there, we animated and edited the spot into a tight :15 seconds, flowing from Michael Myers, to Freddy Kreuger, to Chucky and ending on the show’s logo. Distilling the pop culture icons into a visual shorthand was a cool way to revisit the legacy of these films we grew up watching and hopefully to help make them more iconic.

When it came time to add in a soundtrack, Leamy brought in a key perspective as both a fan of the horror genre and musician. Leamy described the process, “Because each character was allowed two seconds of screen time to make the edit work, I needed music that would work with those beats perfectly. Retro-fitting a piece of stock music seemed more trouble than writing something custom-built would be."

"The tone of the program isn’t dark or particularly horror-bound, despite the subject matter, so I wanted the music to allude to the genre while still embodying a more contemporary and almost club vibe. This was a big consideration in creating the illustrations as well. Not scary, please.

To link back the genre, I thought about the famous scores and devices used initially in the films. The chord movement is based on Mozart’s “Dies Irae”(used in The Shining), and there is a top line of piano meant to be reminiscent of John Carpenter’s approach to the Halloween score. Dramatic and discordant horn stabs punctuate each character change, and camera reflex and flash sfx help give a small sense of paparazzi and celebrity.”

We presented Leamy’s original soundtrack along with a few other options and thrillingly, the Shudder team was as impressed with Leamy’s artistry as us! The original piece it was. The finished spot went over so well with the Shudder team that we revisited the project in order to add a social package based off the work we completed around the open. We delivered a package for Shudder’s social team designed to be evergreen so that it could be repurposed by the network depending on need.

It was a blast working with the Shudder team to reimagine the horror figures that defined many of our childhood and getting to put our own spin on things. 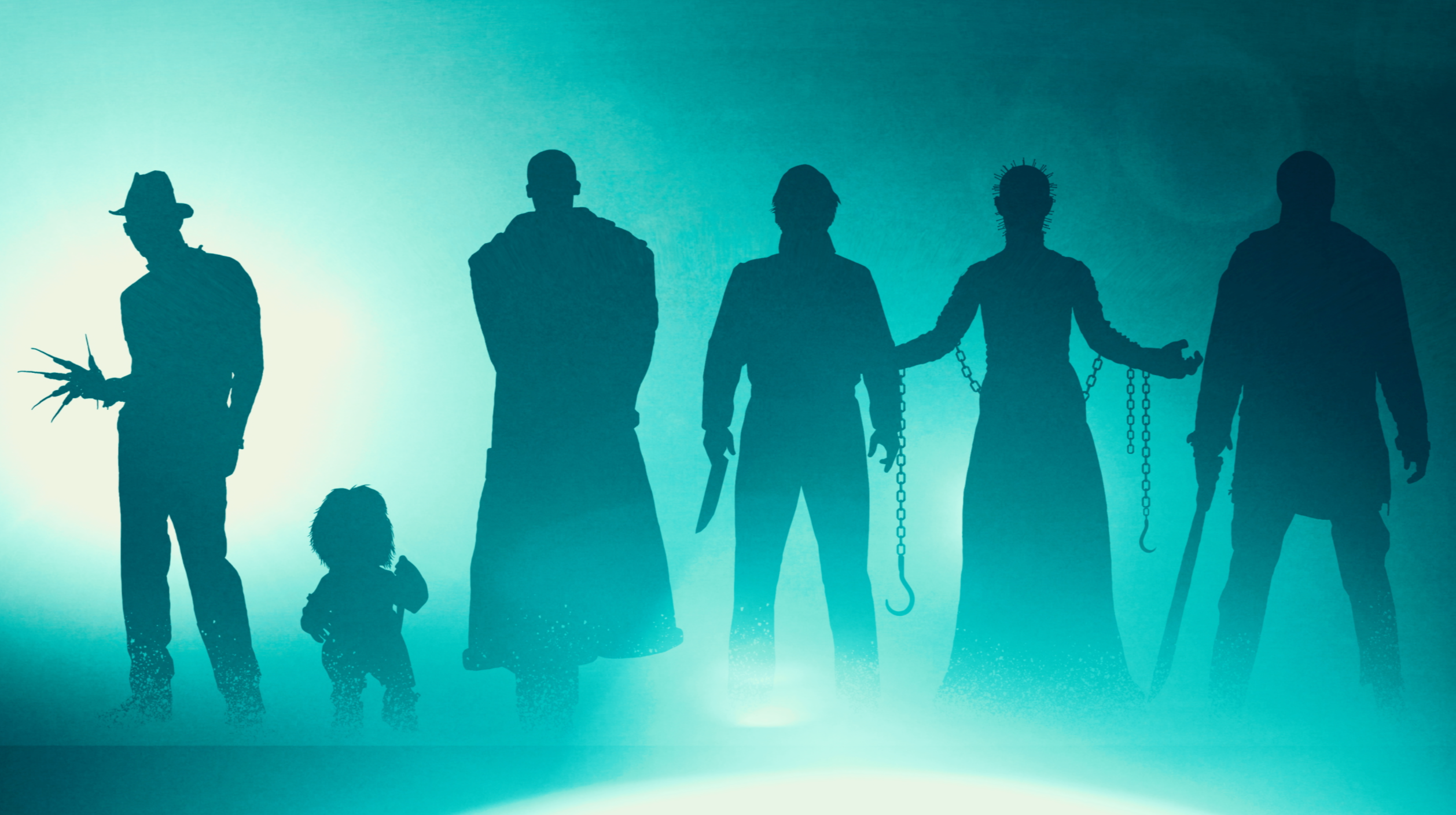